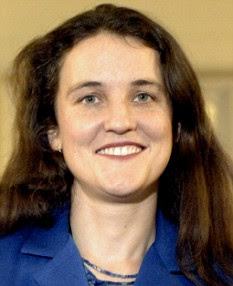 The Conservative Home website has reported a massive drop in support for Chipping Barnet MP Theresa Villiers. In a poll of over 2,000 Conservative Party members, her approval rating slipped from +22% to +11% between April and May 2009.

At least she still has a positive rating. Alan Duncan’s rating has dropped an astonishing 62% to -9% and Francis Maude has gone from +13% to -26% over the same period.

Mrs Villiers is now ranked 24th out of 30 in the Shadow Cabinet. The drop in her rating coincides with the revelation in the Daily Telegraph that she charged the taxpayer almost £16,000 for stamp duty and other legal expenses on the purchase of her second home.

Last week Mrs Villiers told the Barnet Press: “I will continue to claim the allowance for six months to give me time to make the necessary changes to my personal arrangements, and will then cease to do so.”

However, she has not apologised for making her claim nor offered to repay the money involved. Barnet’s two Labour MPs Rudi Vis and Andrew Dismore have also said that they will stop claiming the Additional Costs Allowance but neither of them have apologised either.

Indeed, Rudi Vis said “I am not going to pay the money back because I have done absolutely nothing wrong. I don’t feel bad about it.” Of course he doesn’t feel bad about it. That would require a moral compass. Mr Vis will be standing down at the next election when he will receive a golden handshake of around £65,000 plus a gold plated index linked pension for life. It is a pity that the candidate who is favourite to succeed him is also no stranger to snout-in-the-troughism.

I think that it's depressing that Villiers support hasn't dropped by 100%. I know David Cameron has plenty of fish to fry at the moment, but I can't see how she can remain a front bencher.

I've been a long standing critic of Andrew Dismore's claiming of the allowance. As for Rudi Vis, it looks to me as if his stance is two fingers at the people who elected him. As he's going anyway, he probably doesn't care.

I was discussing this with a local Tory supporter. He contrasted Dismore and Villiers approach to expenses as like asking someone to choose between Gonoreah or AIDS. You'd probably choose gonoreah if you had to, but your preference would be neither. He tells me that he's voting UKIP, which prompted my blog earlier today.

He made a good point which I hadn't considered. Many Tories are likely to defect to UKIP for the euro's. If the Tories don't clean up their act many may not come back. This could split the Tory marginal vote & save Gordon Brown.

He cited EU withdrawal & flat tax as policies which he feels are likely to chime with true blue tories.

Labour don't really have a natural party for defectors. I suspect that the Greens may pick up a few for the Euro's, but these will come straight back. If I was David Cameron a UKIP split of the vote would be my biggest worry.