It is not only MPs who have abused the public’s trust. Not The Barnet Times can now reveal the extent to which council leader Mike Freer has ridden roughshod over the rules in order to assist his good friend Brian Coleman.

Coleman is facing an investigation by the Standards Committee over a serious allegation of misconduct but refused the services of the solicitor offered by the council’s insurers. A council spokesman told the Barnet Press: “…it made more sense to have a London-based firm in this case, rather than having to pay a for a lawyer to travel from Swansea to Barnet.”

NOT TRUE! The cost of the Swansea based lawyer would have been for paid by insurance at no cost to the taxpayer.

Coleman asked to be represented by Beachcroft LLP - one of the top legal firms in the country. Their charges for a partner are £297 an hour.

To comply with council rules, the Chief Solicitor obtained comparative quotations from two other suitably qualified firms, Field Fisher Waterhouse LLP and Bevan Brittan LLP, who quoted between £197 and £250 per hour. The Chief Solicitor was required to report this information to Mike Freer but despite both firms being very experienced in local government work- and also cheaper - Beachcroft’s were appointed.

Not The Barnet Times asked the council: “Could you please state whether Mrs Martinus [Chief Solicitor] gave the leader any advice as to which firm should be selected. If so, did Mrs Martinus recommend Beachcroft’s or did the leader ignore her advice and make the decision himself?”

In reply, a council spokesman said: “The Head of Legal made no recommendation in respect of the solicitor firms.”

In other words, it was Mike Freer who made the decision to appoint Beachcroft’s and Mike Freer’s decision alone. He is not a qualified solicitor. Indeed he has no legal qualifications whatsoever, yet he took a legal decision without even asking for the advice of his Chief legal officer.

The council confirmed to Not The Barnet Times that Brian Coleman is actually being represented by a partner of Beachcroft’s with the assistance of a solicitor and a trainee solicitor at a total cost of £550 per hour.

That’s £550 an hour of your money for something which could have been provided for free!

Freer declared the payment of Coleman’s legal fees as ‘urgent’ which meant that it could not be challenged by a scrutiny committee. When former leader Victor Lyon pulled off a similar stunt in 2005, Freer was livid at the abuse of the democratic process. (Yes Mike, I still have your e-mails) 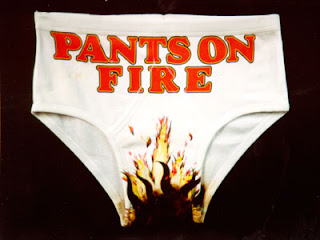 It is somewhat ironic that the latest edition of the Barnet Times reveals that Coleman called a member of the public a liar, yet he himself lied to the same paper when he tried to gag them to prevent this story being published.

In recent weeks, the public have expressed their anger at politicians who spend taxpayers money looking after their own interests. David Cameron has insisted that such behaviour will not be tolerated by Conservative MPs. It is self evident that the same argument applies to councillors and prospective parliamentary candidates.

Not The Barnet Times does not know why Freer was removed from the official Conservative candidates list in 2005, but it is clear that he should never have been reinstated. There is no place in public life for politicians who use taxpayers money to help their friends.

There is also no place in public life for politicians who tell deliberate untruths.

Coleman and Freer should both be removed from office.

Has anyone asked David Cameron what he thinks of Mr Freer and Mr Coleman? I think an email to him would be interesting,

You took me to task over one of my previous blogs where I had praised the steps David Cameron was taking to clean up Parliament. You correctly pointed out that fraud was fraud whatever the amount involved. But at least Cameron recognises the strength of public feeling and is prepared to do something about it.

He also knows that public anger extends far beyond the Palace of Westminster and I am sure that a clean up of local government will be close to the top of his agenda if he becomes Prime Minister.

In this instance, it is Mike Freer’s conduct which is questionable. There is nothing in the rules to say that Brian Coleman could not ask for an indemnity, but it was Mike Freer who agreed to the request. It was Freer’s DPR which purportedly authorised the payment. He signed the order. He took the decision (without officer advice) and it is his neck which will ultimately be on the block.

No doubt he will claim that he acted within the rules, but I am sure that once the appropriate authorities have looked into this matter, David Cameron will be made fully aware of the situation.