For seven years, Prime Minister David Cameron thought it was really clever to call UKIP supporters "fruitcakes, loonies and closet racists". Dave first made this comment in 2006 when he was leader of the Opposition and only changed his position in May when UKIP won 25% of the vote in council elections. The penny finally dropped that without the electoral support of all these fruitcakes, the Conservatives would lose the General Election in 2015. The message went out from Central Office to stop attacking UKIP voters.

That is not to say that the Conservatives should not attack UKIP policies or its leader - just as they would not be expected to hold back on attacking Labour policies and the Labour leader. That is the nature of politics.

So it is quite a surprise that Mr Cameron has failed to respond to reports that a bunch of disgruntled  über-lefty teachers (are there any other kind?) have written a letter alleging that, as a seventeen year old schoolboy, Nigel Farage was a racist, a fascist and sung Hitler rally songs. This is just the type of ammunition that Cameron needs if he is to persuade the electorate not to vote for UKIP, so why the silence? Could it be, perhaps, that by publicly discussing alleged youthful indiscretions, the Prime Minister realises he might open up a can of worms he would prefer remained unopened? 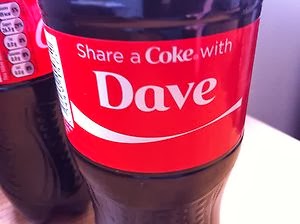 I told you so!


In October 2012, Don’t Call Me Dave published a blog suggesting that Barnet Conservatives should ditch leader Richard Cornelius who was gaining a reputation as a weak and wet ditherer, unable to control his councillors. DCMD wrote:

Brian Coleman knows that his political career is in its death throes and, like a spoilt child, he is determined to take the whole Conservative Group down with him. It will undoubtedly serve them right, but it will be the residents who ultimately suffer as they end up with another ruinous Labour administration.

If the Conservatives wish to retain any credibility as a serious political party, then Mr Cornelius must be removed as leader and replaced by someone who will deal with recalcitrant and errant councillors. Time is running out if they want to hold on to power.

Brian Coleman has now published a blog, dishing the dirt on all of his former colleagues. This was as predictable as it was avoidable. But rather than just ignoring him, many of the targets of Cllr Coleman’s acerbic comments have risen to the bait and responded, thus ensuring that our Brian retains his high profile in the run up to the publication of his autobiography and the 2014 elections, in which he will stand as an independent candidate. As Phineas T. Barnum  is alleged to have remarked, “there is no such thing as bad publicity.” 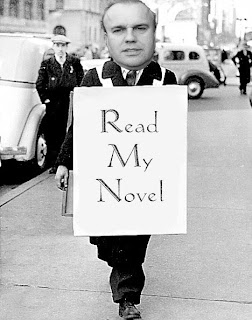 Cllr Coleman admits that he has absolutely nothing to lose, as a return to selling outdoor advertising beckons. As for ditching Richard Cornelius as leader, it may be too late to save the Conservatives now. But it won’t be Brian Coleman’s fault if they lose next year. It will be theirs.


Another nail in the coffin for freedom of expression as department store Selfridges shamefully backs down in face of pressure from the usual suspects, and reinstates the sales assistant who refused to serve a friend of Tommy Robinson, leader of the notorious and revolting English Defence League (EDL).

By all accounts, Robinson is a thoroughly unpleasant person. He is a convicted criminal who has led anti-Islam protests which often result in violent clashes. For all we know, his friend may share Robinson’s odious political views. But this is irrelevant. There is no suggestion that the friend had abused the sales assistant, and he was therefore entitled to be served, as would any other customer.

Selfridges have stated that it is not their policy to discriminate on the grounds of political opinion. The sales assistant had no right whatsoever to usurp his employer’s policy in favour of his own prejudices. He should have been sacked.

In a truly free society, we tolerate the views of people we can’t stand. We fight them by the power of argument, not by violence or petulant behaviour. If the sales assistant had been a member of the EDL and had refused to serve a Muslim customer, he would, quite rightly, have been dismissed on the spot. These double standards simply serve to prove why the fascist left are as bad as the fascist right and must never have access to political power.


Much brouhaha from the usual suspects today following the revelation that Conservative MP Tim Loughton described LibDem MP Sarah Teather as a poor Minister for Children and Families because she did not have children herself.


Loughton was absolutely correct to describe Teather as a poor minister – but for completely incorrect reasons. She was not a poor minister because she is childless. She was a poor minister because she is a LibDem. And not just any LibDem. She is a LibDem who was happy to abandon her principles to enjoy the trappings of power and then suddenly rediscover her principles (coincidentally after she had been sacked from the Government) when it finally dawned upon her that she is going to lose her seat at the next election and end up on the political scrap heap.

The public, understandably, have a very dim view of politicians. But the LibDems are a class amongst themselves. It is only right that voters now see this sanctimonious bunch of tree hugging, sandal wearing, lentil eating hypocrites for what they really are.