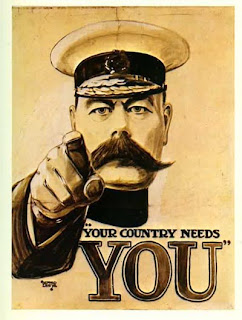 Simon Heffer’s column in the Daily Telegraph today carries an apology. In common with the rest of the media, he has written a number of articles recently describing MPs as having their snouts in the trough.

Mr Heffer now realises that this was very unfair on pigs who have done nothing to deserve being compared to this money-grabbing, self-serving bunch of parasites.

“To be fair to David Cameron, he sounds like the only leading politician who understands the enormity of this. I commend him not only for his own integrity in his own expenses, showing a correct regard for how public money should be spent, but for his rhetoric in threatening sanctions against any of his MPs who have peculated in this way. His moral understanding is superior to Mr Brown's, who is happy to see remain in high office people who, in the private sector, would have been at least sacked and possibly even prosecuted.”

Many ordinary Conservatives have been concerned at the direction David Cameron has been leading the party over the last two years. But the true test of leadership comes when you are facing a crisis, and the threat to our democracy is greater now than at any time since 1945. 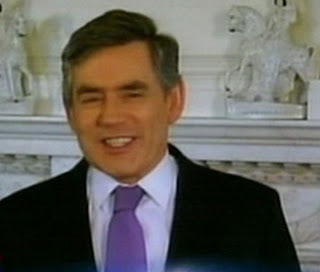 Whilst the British might be reluctant to take to the streets as the French did in 1789, the justifiable anger of the public provides a perfect setting for extremist parties like the BNP to exploit.

Even if you are not a natural Tory supporter, your country needs you to vote Conservative to get rid of this wretched and discredited government and replace it with a leader who understands that the future of democracy requires something more than a cheesy grin on You Tube.

In another article in the Telegraph, a Police spokesperson says "We had to act as it has moved from snouts in the trough to fingers in the till".

There is a difference between an 'allowance', which might be an automatic entitlement, and 'expenses' which are claimable in certain circumstances.

The fact is, some MPs have been treating the system as a way of boosting their wages, claiming for things that the rest of us have to pay for ourselves - eg food.

There is a real danger here that if Parliament does not put its house in order, pronto, some voters will become so disillusioned that dangerous fringe elements will fill the vacuum.

It used to be the tories who got into the sex scandals and the socialists who got into financial bother. Now that MPs in both parties have been caught up in this, I agree that the lunatic fringe may gain support. Dare I say that we may have BNP MPs after the next election. I am all in favour of anti-European sentiments pervading national politics but the thought of neo-facists, no matter how nicely they paint themselves, getting into parliament repulses and revolts me.

David Cameron claimed £860 to have his wisteria pruned. So he was just as bad as the rest.

There aren’t many MPs who will come out of this with any glory, but if we wait for he who is without sin to clear up the mess, we will be here a long time!

Arguably David Cameron and others would not be paying money back if they had not been found out, but I believe he has shown suitable contrition, unlike many other MPs who are still bleating “it was within the rules”.

Labour MP Ben Bradshaw received £15,000 in mortgage payments that he was not entitled to but refuses to pay it back. He should go to prison until he does. That’s somewhat more serious that Cameron’s wisteria!

£15 or £15000. It does not matter. David Cameron ripped off the taxpayer and he, along with Ben Bradshaw, should resign as an MP. The reason no one gets prosecuted is because there will be too many of them. Cameron has ripped us off and he wants to run the country, that does not forebode well does it.

I accept your point. Fraud is fraud and it doesn’t matter the amount defrauded when judging a person’s honesty and integrity. Simon Heffer made an excellent point in his Telegraph column last week when he pointed out that a bank robber who says sorry and offers to pay the money back does not get let off. But he might get a reduced sentence.

Voters might decide to throw out every MP who has been caught with his/her fingers in the till irrespective of the amount involved. That is their right. But Cameron has had the guts to admit that he was in the wrong and is now trying to do something about it. Too little, too late? We will know after the General Election.