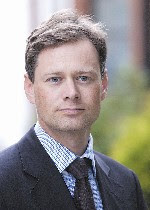 Cllr Lynne Hillan, who always regarded the deputy's position as hers by right, has remained bitter that the job was snatched from her grasp after the bloody coup in 2006 which ousted Brian Salinger as leader.

Having twice failed to be elected leader herself, the deputyship was meant to be Cllr Hillan’s reward for giving Mike Freer a clear run for the top job, but Matthew Offord was put forward at the last minute as she was seen as too weak a candidate.

With echoes of Gordon Brown and Tony Blair, Lynne Hillan expected to be appointed Deputy Leader unopposed when Matthew Offord stood down. By resigning in this way, rather than simply not submitting his nomination papers, Lynne Hillan is now forced to submit to a full contest.

Barnet Council Watch understands that at least two other councillors are now planning to challenge Cllr Hillan to stop her from becoming Deputy Leader.

Cllr Offord's decision to relinquish his position in order to concentrate on his General Election campaign is the correct one. He has put the council's interests before his own. In the last year, we have all witnessed the serious problems caused by a leader distracted from his council work.

Clinging on to power may suit Mike Freer personally, but it is not clear how it helps the Borough or the Conservative Party. Cllr Offord’s decision to stand down for the reasons cited surely makes Cllr Freer's own position untenable? He has a short time to put that right.