Don’t Call Me Dave assisted the Police with their enquiries this afternoon. He was witness to a sickening racist attack. As this matter might go to Court, you will appreciate that it would not be appropriate to divulge more than the basic details.

DCMD had taken his friend’s daughter to the park to play on the swings. When he arrived there were two youths arguing with an Asian man. One of the youths attacked the man before realising that he had picked on someone stronger than himself and they both beat a hasty retreat.

The reason for the argument? A friend of these two youths, who was now standing a safe distance away, had gone into the play area with a rather ferocious looking dog, despite a very clear warning sign that dogs were prohibited. The Asian man had simply asked the youth to take the dog outside because it was scaring his two young daughters. Hardly an unreasonable request.

These youths obviously resented being told what to do. DCMD saw the youth with the dog speaking to someone on his mobile phone. It is now clear that he was calling up reinforcements because, within minutes, what can only be described as a feral gang appeared and were threatening the man using the most vile language, which included taunts of “f***ing Paki”.

The leader of this gang was wielding a large thick stick, with which he attacked the man. DCMD attempted to calm the gang down but to no avail. Unfortunately, DCMD was neither young enough, fit enough or brave enough to offer any greater assistance than to call the Police and remove his friend’s daughter to a place of safety.

It must be stated, for the record, that the Police response was fantastic. Within three minutes, two patrol cars had arrived plus the Parks Police. Two of the gang were apprehended but the leader escaped. Hopefully, he and the others will be identified by the CCTV images.

Fortunately, the victim was not too badly injured apart from a nasty cut to his body. His young daughters were unsurprisingly frightened, but thankfully safe and unharmed.

What made this assault all the more shocking was that the gang members were no more than 13 or 14 years old. The leader’s face was contorted with rage as he launched his unprovoked attack. If DCMD had used such vile language at that age, let alone threatened someone, he would have been dealt with in the severest manner possible. And rightly so. 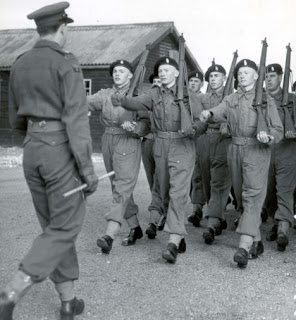 In the past, it has been suggested that the way to deal with such youths is to punish their parents on the basis that this will force them into disciplining into their children. DCMD is willing to bet that many of these children come from broken homes and their parents have a similar disregard to the rule of law and order. In any event, what purpose does it serve fining parents who can’t or won’t pay?

DCMD believes that unless the offenders themselves are punished, and punished severely, they will never learn the consequences of their actions. It is quite clear that ASBOs have proved to be a complete waste of time. Some of these youths actually consider an ASBO to be a badge of honour.

DCMD calls on the government to introduce harsh boot camps as a measure to instil some long overdue discipline into these uncontrollable youths. For many of them, it will be the only language they understand.

I'm sorry to hear about this experience, for you and for the poor man involved.

It must be upsetting on many levels.

I try to pluck up the courage to tackle bad behaviour when I see it, but it's in anticipation of this sort of thing that one hesitates sometimes and turns a blind eye to things one should object to.

The racist element makes this event all the more upsetting and disturbing. Sanctioned hatred. I have to say, I think a lot of the rhetoric about asylum and refugees have given the signal that it's 'OK' to hate, regardless of what one thinks about those issues as such.

Well, let's try to stay civilised and intervene where we can to keep our society liveable - in and back each other up in this work.

In an ideal world we would all be heroes willing and able to jump in and help when someone is in trouble. In reality, the safety of my friend’s daughter meant that I had a good excuse to get the hell out of there and call the Police.

When I returned a few minutes later, the worst was over. I was told off by my friend for going back, but there were two children still there and basic human instinct took over.

I just don’t understand how young teenagers can be so filled with hate and anger. I don’t think it can all be blamed on nationalism stoked up by immigration. If I had used the word “Paki” as a child, my dad would have walloped me from here to kingdom come. It comes down to a lack of respect for others and a lack of discipline at home.