Another Not The Barnet Times Exclusive! 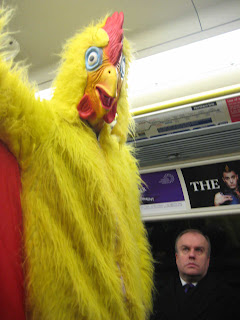 Sources at the Town Hall have told Don’t Call Me Dave that Brian Coleman is to be investigated by the Council’s Standards Committee in respect of allegations that he has brought his office into disrepute and for not treating the public with respect.

The allegations are believed to be in response to a telephone call made by Cllr Coleman to Mrs Linda Edwards, an independent candidate for council. Cllr Coleman admits that he telephoned Mrs Edwards but denies any criminal wrongdoing. He claims that he merely expressed his belief that she should not be allowed to run for public office.

We understand that a further complaint is being considered in respect of a second telephone call allegedly made by Cllr Coleman to Mr Howard Lanning, Chairman of the Larches Trust - a charity which employs Linda Edwards as its Chief Executive. Mr Lanning has been unavailable for comment.

Brian Coleman became the first sitting Mayor in Barnet’s history to be convicted by the Standards Committee of breaching the Members’ Code of Conduct. To breach the code once is unfortunate. To do so twice is downright shameful.

Not The Barnet Times understands that the complaints will not be investigated until after the elections on 6th May.

Community Barnet (formerly BVSC) circulated an invitation from the Larches to the Mayor's dinner, a fund-raiser which they promise will be a glittering event.

That could be an interesting evening under the circumstances.

Where's that picture from?

It was sent to me by a reader.