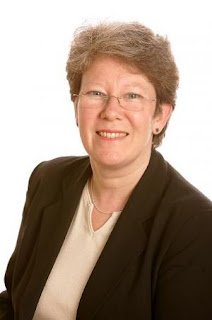 Barnet Labour leader Alison Moore is quoted in the Barnet Times saying: “This is a dismal result for the Barnet Conservatives…”

Actually Councillor Moore, this was a dismal result for Labour and an astonishing result for the Conservatives given the incompetence of the previous Administration.

In neighbouring Enfield, Labour won 9 seats to take control from the Conservatives. In Harrow, Labour added 10 seats to oust the Tories. Labour also won control of nearby Brent, Camden and Ealing.

Barnet Council was ripe for the taking but due to the completely ineffectual campaign mustered by Labour, they took just 1 seat from the Conservatives who actually increased their majority by taking 3 seats from the LibDems.

Don’t Call Me Dave lives in Underhill which is a split Labour / Conservative ward. Given the national trend, this should have been a bread and butter win for Labour, but the Conservatives held on to their two seats. The Labour Party leaflet mentioned the axing of the warden cuts in just one sentence. The loss of the Icelandic deposits and the £12 million overspend on the Aerodrome Road bridge project accounted for a further one sentence.

This was sheer incompetence on the part of Barnet’s Labour Party. They have nobody to blame apart from themselves. They have let down the people they are supposed to represent and care for. If Labour could do no better than win back just one seat which they lost in 2006, then they are not fit to hold office in this Borough.

And the person who must shoulder the blame is their leader Alison Moore. She was too busy trying to get herself elected to Westminster to care about her council duties. When Mike Freer was under fire in the council chamber over the Icelandic scandal, it was Wayne Casey and the LibDems which led the debate for the opposition. Alison Moore was simply out of her depth.

DCMD has been told that, on a personal level, Alison Moore is a very nice person. There is no reason to doubt this. But being nice doesn’t make someone a good politician and democracy requires strong and effective opposition. Elderly residents living in sheltered accommodation now face the loss of their warden service because you, Alison Moore, were too feeble in leading a campaign against the axing.

Yes,alright, DCMD, but answer this: why oh why, if there are so many decent Tories out there who are revolted by the behaviour of Coleman and his cronies, did they vote them back into power with such enthusiasm?

Actually Dave, I think both the Lib Dems and Labour ran lacklustre campaigns as far as the local elections went. I had not leaflets from the Lib Dems, and when I went on their website I could find no information about their candidates bar their names. Labour also had very limited information about the candidates they were fielding (some of them also only had their names posted).

It made it difficult to judge who you might be voting for, even if you were motivated to make an informed decision and a floating voter like me.

I don't think Alison Moore should stand down though. She certainly worked hard this election. She has certainly put herself out whenever I have approached her on an issue.

I honestly have no idea, although there is a good deal of ignorance about local political issues amongst the majority of residents. During the election campaign, a resident in my street asked me if I was standing again for council. Again? I have never stood for election in my life!

Another resident in Underhill left a message on my answer-phone for help with a planning application. The lady thought I sat on the planning committee. Her next door neighbour was her ward councillor but she didn’t realise.

I am not being rude, but I simply think that not enough people care about what happens locally to read the papers and get involved. Sad really.

Party leaders are happy to accept the praise when things go right, but reluctant to accept the blame when they go wrong. For whatever reason, Labour ran a terrible campaign in Barnet when compared to the success of Labour in other councils up and down the country. If Alison Moore knows the meaning of the word honour, she should stand aside and let someone else take charge. It is good that she has helped you when needed it, but I have seen her debate in the council chamber and she is like a rabbit trapped in headlights. Democracy deserves better.

It seems Labour are not simply not interested in representing the people of Barnet.

My guess is thet they feel there is too much of a percentage swing required. Perhaps if we had PR they would be more interested in putting up a fight. Then again, perhaps not - who knows.

'Fighting for your future' trumpets the banner on their website. The evidence in Barnet though, suggests they couldn't fight their way out of a wet paper bag.

Whatever the reason for it, their lacklustre campaigning is an object lesson in how to maintain a status of 'unelected'.