This is not Conservatism


Council Leader Mike Freer is interviewed in this week’s Barnet Press regarding his crackpot “Future Change” proposals which are being introduced without a democratic mandate or any public consultation.

Freer says: “We could say to residents if you’re able to up your recycling rate from 40 to 70 per cent and you are saving the borough £200 in landfill tax, we will give you £100 back.”

A real Conservative would say to taxpayers: “If you can save the council £200 in landfill tax, we will give you £200 back.”

Real Conservatives understand that the council has no money of its own. Every penny it spends comes from taxpayers, and every penny saved should be returned to taxpayers, not spent flying council leaders business class on foreign jollies. 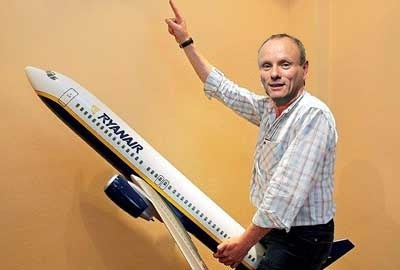 Not only is it not Conservative but it is a typical 'tricky' 'catch you out' RyanAir approach. Lots of small print and if you make a small error you get whacked. George Osbourne highlighted and honest approach by Windsor and Maidenhead who pay people who recycle more.

Barnet, as the cross posting of my exchange on ConservativeHome shows, is so heavily caveating when they will pay out, you would have more luck getting flights to NYC from Hoover (!)

"Mike Freer" said: you ought to listen to what was said not what was made up by The Guardian. I've never said people could opt for fortnightly collections and some couldn't. I have said that if people produce less waste, have a smaller bin, recycle more and save the Council £ landfill tax, that could be rebated back.

Daniel Hope replied: So, if I'm right that's four ifs and one could. Not a really compelling message. No wonder Nick Walkley says he is struggling to explain this to voters. Have you completely lost the plot politically on this? You, who's brainchild this is, is standing down in a few weeks. The voters are going to be asked to vote for unexplained radical changes, prototypes and other experiments just based on trust.

Before the last election we both agreed that charging for collecting additional bags was political suicide at Cabinet, but now you think this is a vote winner?

People, with microchipping spy bins allowing the Council to snoop on them, have to jump through all of these hoops to *maybe* get some money back. Why can't you just copy real Conservative Councils and give a rebate to those who recycle more. Full stop?"

Your comments may be very good, but I clicked on your link and they aint on the Tory Home website.

It looks rather like your favourate party has been a little censorious.

Try this link instead

They are there, but unfortunately someone made a reply to a comment above and it has pushed my comment onto page 2!

Yes I can see it now. Apologies for any misimpression I may have given.