The Chris Harris scandal: is Andrew Harper to blame?


The national media has picked up the story that Golders Green councillor Chris Harris, who has been on “extended leave” in Australia since July, is still claiming his allowances of £831 a month.

Cllr Harris told the Barnet Times this week: “On reflection, maybe it was a mistake to continue accepting my salary, but it just didn't dawn on me to stop it. It just drops straight into your account and I wouldn't have even known how to stop it.”

Don’t Call Me Dave is saddened by these silly comments because Chris Harris worked very hard in the past as a councillor and was not afraid to stand up to the bullies on the council who were unhappy at his support for local residents over the Hendon Football Club issue.

But Cllr Harris needs to understand that the payment he receives is an allowance, not a salary, and if you are not in a position to do your job properly, you shouldn’t claim it. The suggestion that he didn’t even known how to stop the payments is, frankly, insulting our intelligence. 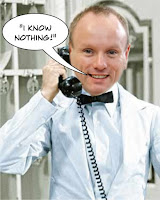 But what makes this story really shocking is that council leader Mike Freer apparently did not know that Cllr Harris was still away. Mr Freer told the Barnet Press: “I was asked by Mr Harris if he could have an extended holiday abroad over the summer, which I considered acceptable. What I didn’t realise come last Wednesday afternoon was that he was still on holiday and nobody knew when he was coming back because he was not contactable. It was then put to him to waive his expenses claims, but he said no.”

Don’t Call Me Dave is not quite sure how it could be put to Cllr Harris to waive his expense claims if he was not contactable, but for the leader of the council not to know that one of his councillors had gone AWOL is almost unbelievable. 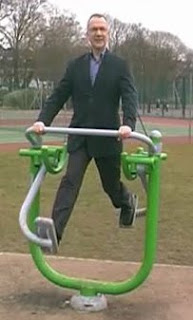 The person responsible for this debacle must surely be Cllr Andrew Harper, the Conservative Chief Whip. It is his job to keep the troops in line. What many taxpayers will find even more shocking, however, is that Cllr Harper receives an allowance of £5,984 a year for being the whip - even though this is a party political position.

DCMD would be grateful to any councillor who posts a message here explaining why taxpayers should have to pay for party whips.

I knew Christopher Harris, we were involved in the same voluntary organisation. It's not a holiday, he has emigrated, has a job in Australia, and does not intend returning to the UK. Surely that has some bearing on continuig payment?

Having another job doesn’t automatically have a bearing on whether a councillor can perform his duties. Many councillors do have real jobs as well to supplement their meagre allowances. But if Chris is living abroad with no intention of returning, then clearly he cannot perform his council duties and must step down.

Whilst it is understandable that he might want to stick two fingers up at his council colleagues who have treated him so badly, he should show respect to the voters who elected him.

It has no bearing on Harpers continued payment, which is a scandal and if he was a decent bloke, as he wishes people to believe he wouldn't claim.

Harper's credibility is going down the plughole.