The Barnet Times – a snoozepaper, not a newspaper 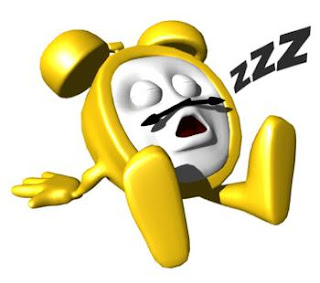 What is going on at the Barnet Times? There is an important story surrounding the future development of the Underhill site, yet the paper remains totally silent.

An article was published on 8th June 2015, which raised more questions than it answered, yet there has been no follow up, despite the huge implications of the proposals.

The paper's initial report stated that the land at Underhill had been sold to the Department for Education (DfE). It hasn’t. Contracts have been exchanged but the DfE have so far failed to give any indication as to when, if at all, the sale will be completed.

Don’t Call Me Dave wonders what legal reason that could possibly be?

And there we have the answer. Another sale of Underhill involving taxpayers’ money to be kept secret from the electorate. Why haven’t the Barnet Times followed this up? Have they, perhaps, forgotten the last scandal relating to Underhill? The scandal where the Labour controlled council sold the land secretly, just before the 2002 Council elections, not to the football club, but to a company owned personally by the Chairman Tony Kleanthous. And for just £10,000. What a bargain, as we will find out if the DfE buys it back for public ownership.

But leaving the previous scandal to one side, why has the Barnet Times not even published the design for the proposed new school which wase lodged with the Council’s Planning Department on 24th June? This is a major development which will have a massive impact on the local community.

In a council report published on 15th July, the Planning Officer wrote:

In respect of the characteristics of the development proposed, it would represent a very significant increase in the size and scale of development found on the site.

The physical changes resulting from the scheme are considered to result in significant environmental effects.

The scheme would also result in a very significant change from a land use perspective.

Given the change in scale of development and land use proposed it is found to be likely that the scheme would result in very different transport impacts to the existing development on the site.

Why is the local newspaper not reporting this news and canvassing public opinion?

Why has the Barnet Times not questioned why the Underhill site came to be chosen given that there is already an Academy school half a mile away – a school which DCMD is advised is currently undersubscribed?

Did Mr Kleanthous wake up one morning and decide that he wanted to build a school on the land or did the DfE approach the Council and ask them if they knew of potential sites?

There are many questions that need to be answered. But, as usual, Underhill residents are being kept in the dark. In the old days, the Barnet Times was fertile breeding ground for eager young investigative journalists learning their trade. If their web site is anything to go by, the paper now cares more about selling Hondas than providing local residents with information about a development which will have a major impact on their lives.