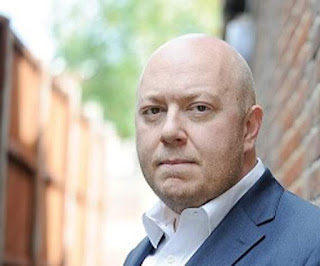 Don’t Call Me Dave was greatly shocked and deeply saddened to hear of the sudden and unexpected passing of former Councillor Daniel Hope, aged just 44.

Daniel was the father of Barnet’s bloggers, being one half of the original Statler & Waldorf blog  "Heckling from the Balcony", although he never formally admitted to his participation in what is still the gold standard of satirical and investigative blogging that many others have tried, and failed, to emulate.

Daniel was a passionate believer in open and transparent government, local and national: a principled stand that made him many enemies within the higher echelons of Barnet Council, where the culture of secrecy and obfuscation is ingrained into every fibre of its being. Indeed, the way that he was treated by some of his so called Council colleagues was nothing short of a disgrace, effectively forcing him out of the Council and the Conservative Party; not that this ever stopped him campaigning for a Conservative government and the pursuit of proper Conservative policies.

When DCMD started his own Blog, Daniel provided much needed technical support with the preparation of pictures and videos. In recent years, Daniel tirelessly attended council meetings to record them for the Barnet Bugle. He asked the questions which Councillors were often too lazy or scared to ask for themselves.

Daniel’s legacy will be that he stood up for what he believed in, and would not be bullied into silence or submission, as were so many councillors seeking to climb the greasy pole of higher allowances. If there is a God, now would be a good time for the Almighty to get His books in order as there will be some Freedom of Information requests landing in heaven's in-box shortly.

Daniel is survived by his mother and sister, to whom DCMD sends his condolences.

Daniel Hope was a true and loyal friend to Brian and I. He was an assiduous ward councillor plus being a thoughtful, progressive and innovative member of the Conservative Group. Sadly, by late 2005, this group was changing for the worse and free thinkers were not encouraged He was deselected in Brunswick Park because he stood up for what he believed in and would not bow to the majority. He never did and I admired him greatly for that.

Everyone who truly knew him thought him a highly intelligent, witty yet sensitive soul with more ideas in a week than most people manage in a lifetime. He sold more bargains than Del-Boy, mainly from the environs of his over crowded car. Daniel never let me down and when I read the rubbish some people write, I wonder what THEIR obituaries will tell.

Sad to see that the Barnet Bugle Website seems to have disappeared. It is a shame that all of Dan's hard work has disappeared just before the election. It is sad timing as dan always loved an election!