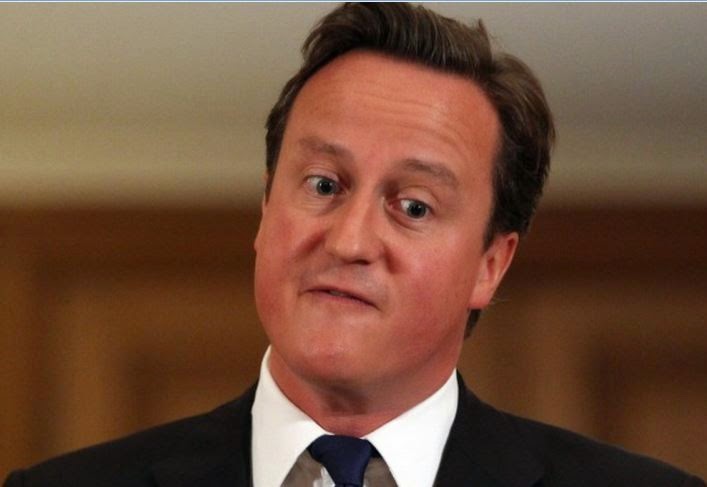 Another day, another opinion poll. A Survation poll in the Scottish Daily Record puts the ‘No’ camp back in the lead following the shock poll in the Sunday Times which had the ‘Ayes’ ahead.

The latest poll reports 47.6% planning to vote ‘No’, 42.4% voting ‘Yes’ with 10% undecided. Statistically, this is still too close to call but the result will clearly give comfort to the Unionists. Just a few days ago, it looked all over bar the shouting, which reminded Don’t Call Me Dave of the Kinnock Effect. A week ahead of the 1992 General Election, Labour leader Neil Kinnock addressed a rally in Sheffield declaring “We’re alright!” His premature triumphalism is widely regarded as the reason for Labour losing an election they were expected to win. Voters looked into the abyss and didn’t like what they saw. Better the devil you know.

And so it may come to pass in Scotland. But at what price? Prime Minister David Cameron today pleaded with Scots not to use the referendum as an excuse to kick “the effing Tories”.


In his latest attempt to win the referendum, Cameron has promised a raft of new tax and welfare powers for the Scottish Parliament. But where is his authority to make this offer? Cameron knows that if the Scots vote for independence, his political career is over. In desperation to save his own neck, he now expects English taxpayers to subsidise the Scots even more than they do already. He is bribing the Scots with English money. Perhaps the English are prepared to pay this price to maintain the Union and preserve economic stability. But it would have been nice to have been asked first.