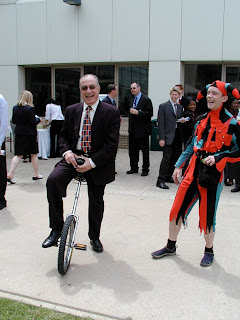 At Tuesday’s Council meeting, Brunswick Park Councillor Andreas Tambourides voted with his colleagues to cut warden services for the elderly
and increase your council tax by 2.8%. He also voted to increase his allowances by an inflation busting 22%. Ker-ching!

Surely, I hear you cry, no politician would be so contemptuous of hard pressed taxpayers as to award himself such a massive increase during this worsening recession? Well, here are the figures.

The basic allowance has gone up by £239 a year - 2.5%. But many councillors also receive a Special Responsibility Allowance (SRA) and they voted to increase some of these rates by a stonking 50%! Ker-ching!

Cllr Tambourides receives two SRAs for being a member and Chairman of the Licensing Committee. Last week the Barnet Times reported that a third of all pubs in Barnet have closed down in the last three years and there was a drop of 25% in licensing applications in the six months to December 2008.

So applications drop by 25%, but Cllr Tambourides is in line for an extra £2,150 for licensing work. Ker-ching!

However, there is nothing in law that says Councillors have to take their allowances. Former Mayor Leslie Sussman, MBE, served with distinction for 45 years without receiving a penny.

So come on Cllr Tambourides, even Lynne Hillan has only been awarded a 12% rise. Show solidarity with your residents (many of whom have lost their jobs and are struggling to cope with the economic crisis) and refuse to accept a penny more.

Dont forget his wife too, she is on a pretty summ or would that be colusion ?

Aw David, lay of Tambourides. How can you say such nasty things about a guy who looks so like Sid James.

I'm sure Councillor Tambourides takes his job running the licensing committee extremely seriously and has to thoroughly check out all of the establishments on a regular basis. No wonder he's smiling in your picture.

According to Statler & Waldorf, Mrs T’s allowances appear to have risen by 17%, putting the T family on total allowances of £46,878. Not bad for part time work!

part time work ... like being a disgraced son of a member of the house of lords .. but without the pay!

Not only do they get the allowances, but by some of mystery, plans to build housing on a Council owned plot of land directly at the back of their house have been strangely shelved. There are also no plans to sell or lease the land.

So a valuable piece of land sits doing nothing whilst the Council roots around in corners selling off garages etc.

On my council we put a stop to this kind of silliness by ruling that no councillor could claim more than one form of special responsibility allowance.

That used to be the rule in Barnet, but in 2007 councillors voted to change the system so that councillors could stack up their SRAs. Not only that, but the rules were altered so that the chief whip of the ruling party received a higher SRA than the opposition whips because she had more councillors to deal with!

No strictly true Don'tCallMeDave. In 2007 they removed 'the cap' so that the most highly paid Councillors could realise all of their expenses.

Without much in the way of justification, Barnet has dissented from the rule in London that only one SRA be allowed, and that under 50% of the Councillors can get an SRA. Both practices have happened since 2000 or so.