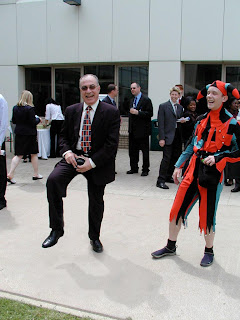 Three words to describe Councillor Andreas Tambourides, Barnet’s answer to Fred Goodwin. Just when you thought it was not physically possible for Barnet’s ruling councillors to debase themselves any further, Tambourides has stepped up to the plate to prove that the snouts are still well and truly stuck in the trough (that’s enough mixed metaphors - Ed).

When Don’t Call Me Dave resigned as Chairman of Chipping Barnet Conservative Association in 2005, he told the area Executive Committee that he could not support an Administration which had approved £109,000 of indemnities for councillors and officers, whilst at the same time cutting a grant of £18,000 to a charity for the blind, resulting in three job losses. DCMD asked the Association members: “How do you think the public will react to that? I think they will feel the same as me – that this Administration has lost all sense of reality.”

DCMD recalls that Brian Coleman supported the concept of granting indemnities to council officers but was vehemently opposed to councillors receiving taxpayers’ money for such purpose. Yes, the same Brian Coleman who subsequently applied for countless indemnities and treats the council as his personal ATM machine.

DCMD also recalls how Mike Freer, then Cabinet Member for Resources, was furious that councillors under investigation were allowed to avail themselves of expensive lawyers when there were so many cheaper alternatives. Yes, the same Mike Freer who, when leader, personally granted Brian Coleman permission to hire an expensive lawyer (we get the point - Ed).

Barnet Council has an indemnity policy to provide legal representation for councillors who do not know how to behave. It is only right and proper that they should be able to defend themselves of any charges made against them. If a councillor does not wish to use the lawyer provided by taxpayers, they have an absolute right to use a lawyer of their choosing. But it should be at their own expense. This is how things work in the real world. Why should taxpayers pay extra for something that can be provided at no additional cost? Isn’t that what One Barnet is supposed to be about: cutting costs, not increasing them?

Not content with an indemnity for £3,000, Tambourides ran up a massive bill for £16,000 plus VAT. Rather than advise the council during the investigation that his costs were increasing beyond the limit agreed, he decided to wait until the case had concluded and then asked for retrospective reimbursement. Such conduct would never be permitted in a private organisation.

DCMD has previously criticised Cllr Sachin Rajput, who is desperate to stand for election anywhere other than in Barnet. At the meeting of the Cabinet Resources Committee on 18th October, Cllr Rajput redeemed himself by eloquently explaining why the retrospective claim for payment should be rejected. Even the council’s own legal department concluded that the amount being claimed was excessive. The Barnet Bugle has the video of proceedings.

In addition to his outrageous bill, Tambourides also demanded reimbursement for the £1,500 retainer he paid his lawyer. There is nothing in the council’s rule book which permits such a payment, but the Cabinet Resources Committee, at the behest of another wannabe away councillor, Dan Thomas, nonetheless agreed to pay this sum.

Regular readers of this blog will be aware how Tambourides acquired the sobriquet ‘Tambourgreedy’ through his prodigious allowance claims. You cannot blame the serial trougher for trying to claim the money, but you can blame the council for agreeing to pay him. The real villains of this scandal are Cllr ‘John’ Thomas who proposed making the payment and Cllr ‘Spineless’ Cornelius for his abject failure to stand up for the taxpayers of Barnet.

Perhaps Barnet’s ruling Conservatives have a death wish? Or do they already realise that they are going to be thrown out of office in 2014 and are grabbing as much public cash as they can before they go?

Could someone remind us of the amount of money that Cllr Tambourides has been paid already for chairing a committee which met - how many times? In a year?

You mean he has to do some work for the money?