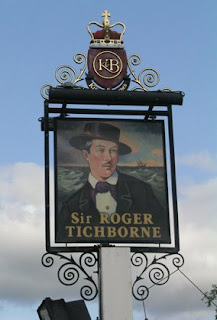 The Barnet Eye has declared war on the “parasites and spongers” who run Barnet Council.

Whatever your political affiliation - even if you have no affiliation - please join the campaign to have these odious reprobates removed from office as soon as possible.

aha, the beast stirs in his lair: short hibernation, DCMD - come on, now is the time for all good Tories to come to the aid of their party ... somone needs to get the Conservative leadership to order an enquiry and give these shits (close your ears) a taste of their own disciplinary medicine ... I also propose some civil protest: people, should demand the councillors explain themselves: email them, ring them., go to see them at their surgeries. They are accountable to us and must be reminded of this.

Rest assured, it is only his blogging which is going into hibernation. DCMD will continue to fight this grotesque act until the decision is reversed and the protagonists driven from power.

DCMD will be working behind the scenes with senior party officials - who have far more clout than him - to make sure that something gets done.

You have called for people to write to their councillors, but if they are so stupid as to not have realised the backlash their decision would generate, is it likely that they are capable of now sorting out the mess they created? It is surely better for residents to write to Grant Shapps, the Local Government Minister; Eric Pickles, the Secretary of State and whoever is their MP.

This will be acutely embarrassing for the three Conservative MPs because they either have to support a Tory council, which would cause even more resentment with voters, or they have to condemn their own council which also looks bad. The more pressure that is put on the MPs, the more likely it is that something will happen.

Some party members have told DCMD that they have already written to David Cameron. The more, the merrier!

DCMD: no, the spineless Tory councillors are incapable of doing anything, but I think they should not escape the fate of punishment by email, or embarrassing personal explanations. That is what they are being paid to do, after all. But you are right that residents must write to those you mention. Sadly I do not think that they will be awfully interested in Mrs Angry's opinions, but they might be rattled by outrage from the Tory homeland support.
What fascinates me is the awful misjudgment that was made in pursuing this allowance hike now: presumably they have been plotting it for some time, but the timing and execution is curiously inept, even by their standards.