The computer says no! 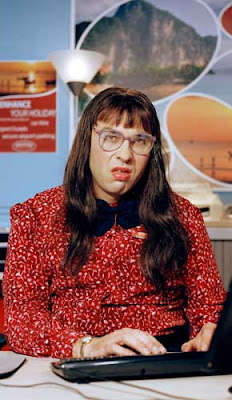 In 2002, when the last Labour Administration controversially sold land at Underhill, the council failed to publish the Delegated Powers Report which would have alerted the then opposition Conservative councillors as to what was going on.

In 2006, when the Conservative Administration controversially awarded legal indemnities to certain councillors and officers at a cost which eventually reached £250,000, the report which was supposed to have been presented to the Cabinet Resources Committee for approval, was not published on time.

In 2010, when the Conservative Administration controversially awarded themselves massive hikes of up to 100% in their allowances, the report with details of the increases which was supposed to have been made public three days before the meeting, was not published on time.

Isn’t it amazing how the computer system always seems to break down when there is something controversial to report. Don’t Call Me Dave is sure that it is just a coincidence.

DCMD thanks all his readers for their kind e-mails, phone calls and text messages this week. Given that the allowances scandal is now fully covered by the local and national media, he is returning to his previous state of hibernation.

I was a little confused about how the computer would allow the agenda to be uploaded with the note report to follow, but not the report itself.

I am a bit of Luddite, so presumably someone can explain to me why the computer rejected that particular report.

I am quite sure there will be an obvious explanation.

Oh DCMD: you are such a tease.
As for the mysterious IT problems, what a shame that there are no photocopying facilities in any of this borough's offices, or perhaps the report could have been produced as they always used to be, circulated to members and made available at the Town Hall and NLBP for the public to inspect ...
As to your photo of Ms Hillan, I should point out that she appears to have had a haircut, and possibly a shave, since this was taken.

After moving away from Barnet more than a year ago I wasn't going to omment again on proceedings in Barnet Council, but reading the proceedings has made me very sad.

I thought it was bad enough that the cabinet on Barnet Council were awarded a large pay rise. Especially so when as the national government understands large cuts need to be made. I always thought this was what most of my colleagues on Barnet Council also believed. Sadly though only Kate Salinger now seems to agree that councillors should also take pay cuts. the treatment of her is a disgrace and should be overturned along with the pay rises at the next meeting

I hope that your former colleagues listen to what you have had to say, and I'm glad that you have spoken out. The Conservatives in Barnet have brought disgrace on themselves and on the party itself and have lost all authority and claim to integrity in the eyes of the residents of this borough.

However, I think a scattering of 'Freedom of Information Act requests' from readers of this blog are called for, asking for emails, drafts of the documents, IT helpdesk logged calls, and so on.

The problem with your suggestion baarnett is that the council will say “very sorry, but those files were accidentally destroyed when our archives burnt down.”

The fire is taking place next Wednesday.

DCMD: out of interest, how does the selection process for local councillors work, and, perhaps more importantly, the deselection process? Who and how many take part in the process of appointment etc? I think we should be told.
good story in the Express,today, btw.

I don’t know about other parties but for the Conservatives in Chipping Barnet it is a 2 stage process. First, a Local Government Committee interviews potential candidates and existing councillors seeking re-election and decides whether they can go forward to an official candidates list.

Then the local ward selection committees (comprising ordinary party members from that ward) chooses its 3 candidates from the people on the official list. In a nutshell that is it.

In 2006, the Local Government Committee decided that a number of sitting councillors could not remain on the list. Peter Davis and Katia David were both taken off the approved list against their wishes. In 2010 the rules were effectively rigged making it virtually impossible to remove a sitting councillor who wanted to run again. Apparently this is democracy in action.

hmmm: well, this is the problem,isn't it ... not enough 'transparency' to use a popular word of the moment ... I can see how these cosy husband and wife pairings are put in place so easily. Is there no way in which senior party officials from central office can intervene in local matters, or do the local parties have their own constitutions?

In theory, local Associations are autonomous, but Central Office can, in certain situations, put one into ‘special measures’ and effectively take control. I am the last volunteer Chairman since 2005, since when the Association has been run by councillors and, seemingly, for councillors.

DCMD, I am pretty fed up with the allowances issue but as yet there has been little concrete action. I have started an On-line petition at http://tiny.cc/dyr0t which I hope you will be able to support. Although I am a RAB representative I see this as an issue above politics - so many conservatives I know are also incensed by this greed. I hope you will be able to ensure this gets circulated around the blogs of Barnet.