The measure of Lynne Hillan 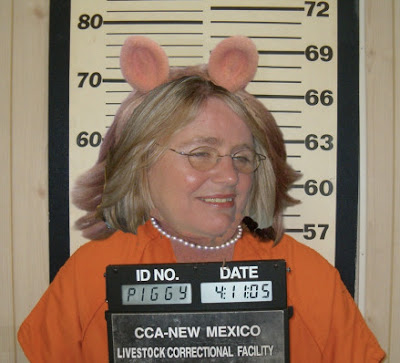 In an interview on Radio 4 this afternoon, Grant Shapps, Government Minister for Local Government said of Barnet’s decision to award councillors obscene rises in their allowances:

“They've just got it wrong. I mean which planet are they living on?”

He then added that Lynne Hillan was insane!

Writing in the Jewish Chronicle, former Hendon Times reporter Marcus Dysch said the decision was: “…surely one of the most disgraceful episodes in the proud history of the borough…” before adding “Absolutely nothing, nothing that those councillors do could ever possibly justify pay rises of such a nauseating level.”

“Since taking over from Mr Freer last December she has proved herself wholly incapable of running an authority of Barnet’s size.”

how very interesting ... my blog now updated with a blow by blow account of last night's shameful series of events ...
PS DCMD I note from the Telegraph today that champagne socialists like me are really confused conservatives: should I be worried? what should I drink instead to avoid this terrible fate?

Mrs A, the Telegraph article said that Champagne Socialists only become Tories after the age of 40, so you have a while before you need to worry!

Here is Grant Shapps on BBC talking about Barnet

Oh DCMD, sadly I DO qualify for the Champagne socialist label, but thanks for the kind thought ...

A lot of criticism on the Conservative home blog

Story on the BBC local news this evening and in that marvellous paper The Telegraph too. Not that I read it of course.
Interesting that Coleman was interviewed but not Hillan. Perhaps her previous balls up on the Politics show has made her feel shy. Aah. Or perhaps she was at Brent Cross on a shopping spree.

How many holidays has that woman had since becoming leader? No wonder she claims she needs more money to pay her bills.

DCMD: have you seen the nasty story in the risible London Daily News, with its attempt to discredit Cllr Salinger? Just when you think they can't sink any lower, they do just that.

Thanks for the hat tip Mrs Angry. It’s a pretty nauseating article which other readers can find by clicking here