The Life of Brian

No, dear readers, this is not a blog about the Cabinet Member for free lunches. This is a tale of waste and extravagance featuring Mr Brian Reynolds, Deputy Chief Executive of Barnet Council. The man who would be king.


In 2007/08, Mr Reynolds incurred the largest expenses bill for any officer in the council. In fact, he spent more than the Chief Executive, Chief Financial Officer, Assistant Chief Executive and Borough Solicitor combined.

He spent just over £1,000 on flights. According to the council, over £450 was for a flight to Edinburgh to attend a meeting regarding Brent Cross. A return flight costs just £50 on Easy Jet. 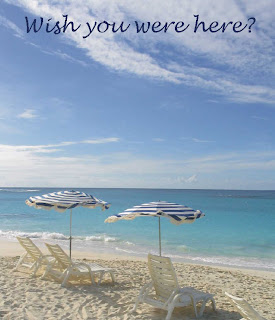 Worse still, £520 was spent on a flight to Cannes to attend MIPIM, the international construction and property conference - known in the trade as a massive junket.

Now perhaps a business trip to Edinburgh can be justified, but what possible benefit could there be to taxpayers for an officer to attend a jolly in the South of France? Who authorised this trip and why? Perhaps Mike Freer could tell us if this is something else he didn’t know about.

Mr Reynolds spent over £1,600 on hotels. It is frankly obscene for a council officer to be spending our money in this way. He also clocked up an unspecified travel bill of more than £725 - clearly he should take lessons from Brian Coleman in how to do it properly!

Only Assistant Chief Executive Nick Walkley managed to perform his duties without spending a penny on expenses - but unfortunately he has now left the council on secondment to Whitehall. Let us hope he returns soon as the new Chief Executive.

The most disturbing aspect of this tale, however, is not that chief officers have been extravagant with our money, but that they desperately tried to keep the details secret. The council initially refused to release the figures claiming that the public were not entitled to see “personal information” about officers. Needless to say that argument was complete nonsense and they eventually, albeit reluctantly, handed over the information.

Clearly the council wanted to cover this up because it doesn’t show the chief officers in a very good light. It will hardly help Brian Reynolds land the top job when we can now see how profligate he has been with our money. How can he tell ordinary council workers that they must accept below inflation wage rises when he and Leo Boland spent more than £2,000 just on lunches?

When the Conservatives won control in 2002, the then leader Victor Lyon promised us an open and honest administration. Now would be a good time to start chaps.

Nick Walkley is a actually a pretty nice guy and would do a decent job I think.

Of the current chief officers, Nick Walkley is the only one who has recognised the serious failings in the council’s attitude towards transparency and accountability. I doubt he was very popular with his colleagues when he referred one of my complaints to an external investigator who subsequently found in my favour! On the down side, he does seem to be over fond of management speak and I wonder whether he would be willing/able to overcome the vested interests and bureaucracy which are stifling the council.

£8,000 in expenses for 5 chief officers in a council Barnet's size is hardly excessive David.

I agree, it’s not a sum which is likely to break the council’s back. The point I am making, however, is that the council is being obsessively secret about this. What are they trying to hide?

If the expenses can be justified, let the council stand up and say so. We are paying the bill, and we are entitled to know how our money is being spent. We are entitled to ask why Mr Reynolds took a £450 flight when he could have done the trip for £50.

In all the years I have worked in the property business, I have never known anyone come back from Cannes with anything other than a sun tan! Just what benefit was there to this trip? The council must explain it to us.

All this embarrassing information about the council you keep leaking Mr Miller, you’ll get arrested soon. That’s the only language you’ll understand! ;-)

"£8,000 is hardly excessive". I knew a Barnet council employee who was sacked for fiddling £20 on their expenses (rightly so I thought).

It is not whether it's excessive, it's whether it is justifiable. I think David has identified several cases where there is a large question mark. If this wasn't the case the council wouldn't have gone to such lengths to hide them.

I'd think that "Future shape" would be far better if total transaparency was a first principle for all expenses.

To anon (22:30). Whilst I am sure the council would like to see me locked up, they don’t have any grounds to do a Damien Green on me. Just because the council claims that something is exempt from publication, doesn’t mean that it is.

Some time ago I discovered that the council was trying to cover up its failure to carry out a rent review on the David Lloyd Centre in Finchley. They decided to make the details of the review exempt. However, the lease was registered at Land Registry and therefore publicly available. The rent increase was determined by the rise in the RPI so it took all of a minute to do the calculation. The council subsequently acknowledged that my calculation was correct (the rent went up from £40,138 to £45,323) but to this day they still refuse to declassify the document. If they want to sue me for revealing details of the rent in this blog, they will be laughed out of court.

The reason for making the report exempt was to cover up the failure of officers to carry out the review on time which cost taxpayers money as there was no provision in the lease for interest to be paid on back rent (another blunder by the legal department).

I previously disclosed that the Aerodrome Road bridge is £4 million over budget. The council has determined that the precise details be ‘exempt’ from publication but there is a clear and overriding public interest for the information to be released. Indeed, there are no legal grounds for withholding it. You can’t exempt information for reasons of political expediency or to save embarrassment.