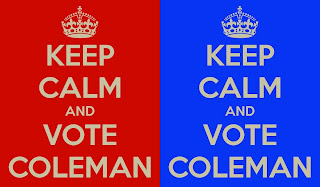 In May 2013, Councillor Brian Coleman admitted a criminal charge of common assault against a member of the public who had filmed him parking his car in a loading bay. Mr Coleman was fined and subsequently expelled from the Conservative Party. The victim, along with many others, called for Coleman to resign from the Council. Unsurprisingly, to anyone who knows him, Coleman declined to resign and instead announced his intention to stand as an Independent candidate at the next election.

This is exactly how it should be in a democratic society. The voters elected Coleman to office. It should be the voters who remove him. Only in the most exceptional of circumstances (e.g. electoral fraud), should Parliament and/or the Courts seek to overturn the will of the people.

Some may argue that a crime which involves violence crosses a line, but the law is clear on this point. Mr Coleman was not jailed for the offence and has every right to remain in office - and every right to stand again for election. It will be up to the voters to decide whether to forgive and forget, or to tell Mr Coleman to go and find himself a real job.

The question is, can he hold his seat given his conviction and notoriety? After all, Brian Coleman was unceremoniously thrown off the Greater London Authority (GLA) in May 2012 by voters protesting against the draconian changes to parking policy in Barnet which he had introduced. But many people overlook the fact that, despite losing, Mr Coleman still polled over 53,000 votes including 1,435 votes in Totteridge ward (excluding postal votes) compared to 1,050 votes in the same ward for his opponent, Dismal Dismore. Coleman lost the battle in the wider constituency, but he comfortably won his home territory.

At the council elections in 2010, the Conservatives won all three seats in Totteridge by a wide margin. The fourth placed candidate (Labour) polled 1,469 votes – a mere 34 votes more than Coleman’s 2012 GLA vote. It will be a very brave person to state categorically that Brian Coleman is on a hiding to nothing next year.

The Conservatives will be desperate to beat Coleman, but they will not relish campaigning against him. They know that, despite his many faults and foibles, he retains a very loyal supporter base who have stood by him, through thick and thin. They share his right-of-centre political views and the uncompromising manner in which he promotes them. There are many voters who will recognise his name on the ballot slip and vote for him as they have always done. There will be many Conservatives who will vote for him as a means to punish the Tories for failing to govern in accordance with traditional Conservative values. And there are some who will never vote for him again.

But what will cause the Conservative Party the most concern is that, to keep Coleman out, they will have to get off their backsides and so some work. There is an old joke that in Totteridge they do not count the Tory vote. They weigh it. The Conservative Party does not usually spend much time canvassing in Totteridge because there has never been any need. That will now change. But resources are scarce, and if party members and volunteers are instructed to go and work in Totteridge, there will be fewer people working in the more marginal wards which the Tories must hold onto if they are to remain in power.

The Conservatives hold two seats in Underhill which is the most marginal ward in Chipping Barnet. It requires only a small swing to Labour for them to take all three seats. East Barnet is another ward where the Conservatives are vulnerable. They only held the seats last time because independent candidates split the anti-Conservative vote. If all these seats fall to Labour; if Kate Salinger loses her seat in Coppetts ward (where she is the only Conservative) and if Brian Coleman retains his seat in Totteridge, then a Lib/Lab pact would see the Tories out of office.

Labour needs Brian Coleman to stay in the election campaign. The more time that the Conservatives spend trying to defeat him, the better Labour's chances of winning power. The Conservatives hope that voters will give Mr Coleman the order of the boot, but if they thought about the election tactically, they would realise that they can afford to lose his seat in Totteridge and still retain control of the Council, provided that they hold onto their marginals. If they had any sense, they would not waste time campaigning against Coleman. Rather, they should concentrate on working their most vulnerable areas. But when did the Conservatives last display any sign of possessing sense?

"But when did the Conservatives last display any sign of possessing sense?"


Er, when you were in charge?

DCMD blushes at such a compliment!