Labour celebrate as Hillan wins by one vote! 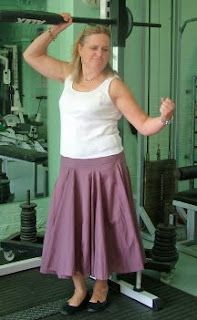 There were astonishing scenes at the Town Hall last night as Lynne Hillan narrowly beat off a challenge for her crown from new boy councillor Mark Shooter. Labour councillors were visibly and audibly delighted at the news because they know that the longer Hillan remains leader, the greater their chances of electoral success in 2014.

Don’t Call Me Dave has received reports that many Conservative councillors were physically intimidated by Hillan’s Henchmen who stood at their shoulders to make sure they voted the right way. Robert Mugabe would have been proud of such tactics.

But whilst Hillan may have won the battle, she has clearly lost the war. That a councillor who has only been in the job for five minutes can come within one vote of victory proves how loathed and despised Hillan is within her own ranks. By rights she should have thrashed Shooter into oblivion. Instead, she scraped home by 19 votes to 18.

Older readers will recall when Michael Heseltine challenged Margaret Thatcher for the party leadership in 1990. Although Thatcher won in the first round, her margin of victory was so small that two days after the ballot she was forced to resign because it became clear to her that she did not have the confidence of her MPs to continue. But Heseltine was not some new kid on the block. He had been a senior member of her Cabinet for many years. Let nobody be in any doubt that the result last night was nothing less than a catastrophic and humiliating verdict on Lynne Hillan and her discredited policies.

Next week Hillan faces a vote of no confidence tabled by LibDem Leader Jack Cohen. It requires just 8 Conservative councillors to support this motion for her political career to be consigned to history. No doubt Brian Coleman will employ his usual bully boy tactics to threaten any Tory councillor minded to support the motion, but there is no reason at all why Conservatives should not support a motion which has been tabled by their LibDem coalition partners.

This is the last chance for the Tories to do the right thing by the people of Barnet who elected them to office. Hillan and Coleman must realise that with 18 councillors voting against them, they would be unable to invoke group rules to try and discipline any councillors who continue to oppose their rule.

A delegation of dissenting councillors should demand a meeting with Hillan later today to declare that they will support Jack Cohen’s motion unless she resigns immediately. This will give her a final opportunity to leave office with dignity. If she refuses, she should be dragged out, kicking and screaming if necessary. To allow Lynne Hillan to remain in office will consign the Conservatives to electoral defeat in Barnet in 2014.

Roger T. thinks that Andrew Harper is being readied to slide into place as her replacement. (Roger mentioned the use of Vaseline, but that starts to get distasteful.)

So what's DCMD's view of what we might see next, either now, or after losing a confidence vote, or even if the wretched woman wins it?

Don't worry - you can just comment. No, we know you are not blogging again...

I don’t believe that Hillan can survive as leader for much longer because for every day she remains in office, the borough of Barnet is dragged deeper into the gutter. Even the dim-witted piggies who voted for her will eventually come to see this.

Andrew Harper would not make a suitable replacement. He was seen as leadership material a couple of years ago but once given a cabinet position he has shown himself to be gaffe prone and not really up to the job.

Frankly, none of the current cabinet should take over. They are all guilty by association (that’s collective cabinet for you) and they have already demonstrated that they care more for the trappings of power than for the people who elected them.

Aha: back again, DCMD, and very welcome, I am sure.

As a relapsed blogger, falling off the wagon once more, can you advise me how to cope with my shameful feelings of glee at the prospect of the preservation of the Hillan/Coleman dream team? I know that as a citizen I must hope for their political demise, but they give such great material for we sad old bloggers. I'm not sure that Mr Clean/Mark Shooter offers much potential in that respect, and if Andrew Harper squeezes himself into the leadership somehow, I may have to retire.